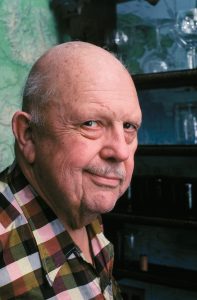 James Beard: America’s First Foodie is a documentary that chronicles a century of food through the story of James Beard, the iconic cookbook author, journalist, television celebrity and teacher. Beard’s pioneering work included championing local food and sustainability, starting New York
City’s meals on wheels, and bringing national awareness to what good food can be and its importance in our lives.

America’s back-to-basics food movement can be traced to the pioneering work of this one man. Dubbed the “Dean of American Cookery” by The New York Times, Beard was a Portland, Oregon native who spoke of the importance of local food and sustainability long before those terms had entered the culinary vernacular. He was a forerunner of the farm-to-table movement. 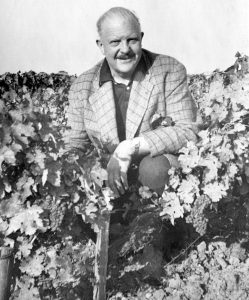 Among the many highlights in the documentary are chef Daniel Boulud and restaurant critic Gael Greene telling how Beard helped start Citymeals on Wheels; Jacques Pépin reminiscing about cooking with Beard; Ted Allen disclosing Beard’s challenges being an “out” gay man at a time when same-sex sexual activity was illegal; Wolfgang Puck recounting how he helped found the James Beard Foundation; and next generation chefs discussing how Beard’s influence is still felt today.