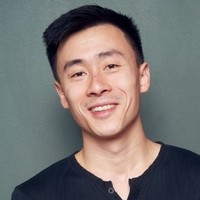 Michael Yuchen Lei, director of A Taste of Sky,  is a Chinese-born filmmaker based in the US. His films have played at festivals around the world including the Tribeca Film Festival, San Sebastian International Film Festival, CPH:DOX, and many more. He will introduce his film and participate in a discussion after A Taste of Sky.