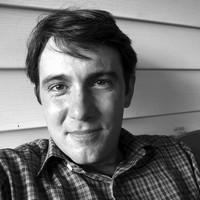 Joe York is a documentary filmmaker, and freelance producer/director/editor. His work has been featured on PBS, The New York Times, The Atlantic, and other media outlets. From 2005 to 2015, he worked as a documentary filmmaker for the Southern Foodways Alliance. Over that decade, he produced over 50 short films and four feature length films focused on the culture, food, music, history, and social issues of the American South. He will participate in a discussion and Q&A after Short Films: Keepers of Black American Food Culture.