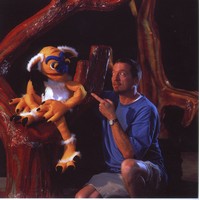 Master Puppeteer Cory Gilstrap has 27 years of experience working in television and theater. He is “Denver’s premier puppet builder,” according to The Denver Post. His award-winning creations have been seen on countless stages nationwide and on broadcast commercial television. Notable television clients include MTV, FOX Television, and CBS Entertainment. Local clients include the Colorado Rockies, Denver Art Museum, RTD, and DCPA. Cory is presently interim Technical Director of the Schomp Theater, which is part of the Stage Craft and Design department at the Denver School of the Arts. He will teach Puppet-Making for Everyone.