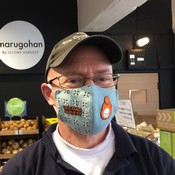 Charles E. McJilton is the CEO of Second Harvest Japan. He has founded four organizations in Asia that deal with food security. In 2002, he incorporated the first food bank in Japan, Second Harvest Japan. In 2010, he created the 501(c)3 nonprofit Second Harvest Asia to promote food banking in Asia. In 2012, he incorporated the first food bank in the Philippines, Salu-Salo: Food Bank Philippines. in 2013, he established a public-interest foundation registered at the Japanese Cabinet Office, Alliance of Japan Foodbanks, to develop a national network of food banks in Japan. He has taught NGO Management at Sophia University since 2009. He will participate in a discussion and Q&A after Food Fighter.