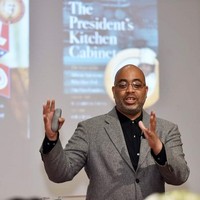 Adrian Miller is a food writer, attorney, and certified barbecue judge. His first book, “Soul Food: The Surprising Story of an American Cuisine, One Plate at a Time,” won the James Beard Foundation Award for Scholarship and Reference in 2014. In 2018, Adrian won the Ruth Fertel “Keeper of the Flame Award” by the Southern Foodways Alliance, in recognition of his work on African American foodways. Adrian’s third book, “Black Smoke: African Americans and the United States of Barbecue,” will be published in Spring 2021. He will participate in a discussion and Q&A after Short Films: Keepers of Black American Food Culture.