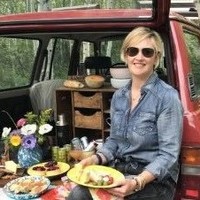 Amanda M. Faison, who is the editor in chief of DiningOut Magazine, has chased stories about food and restaurant culture for more than two decades. Faison was the longtime food editor of 5280, Denver’s city magazine, and has published stories in national titles such as Food & Wine, Outside, Elle Decor, and Travel & Leisure. Her ranch-to-plate feature “Soul Food,” was anthologized in Best Food Writing 2010. She has also edited four cookbooks and has twice judged the James Beard Foundation’s annual cookbook awards. She will participate in a conversation and Q&A with Evan Funke after Funke.