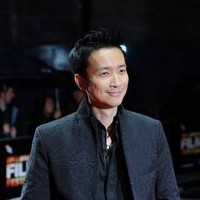 One of the leads of First Cow, Orion Lee worked in the finance industry as a fund manager before retraining as an actor at the London Academy of Music and Dramatic Art. A transformative actor working across theater, film, and television, Orion is a versatile performer able to create characters and inhabit them with verisimilitude. He has also appeared in Star Wars: The Last Jedi, Justice League, and Skyfall. He will participate in a discussion and Q&A after First Cow.