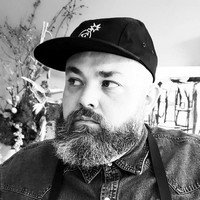 Evan Funke is a culinary storyteller, a custodian of Italian tradition and a master of the old world techniques of handmade pasta. Funke’s singular passion as a pasta maker and chef was solidified in Bologna, under the mentorship of Alessandra Spisni at La Vecchia Scuola Bolognese. Evan brings nearly two decades of excellence to his restaurants Felix Trattoria in Venice and Roman pop-up concept, Fingers Crossed in Hollywood. He is also a two-time James Beard-nominated chef; the author of the critically acclaimed cookbook, “American Sfoglino”; and subject/star of the eponymous Tastemade documentary Funke and the Ugly Brothers’ docu-series Shape of Pasta. He will participate in a conversation and Q&A after Funke.