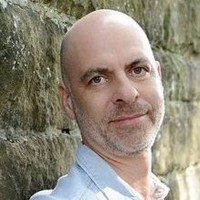 Dan Goldberg of Mint Pictures is an award-winning producer and director who began his career in newspapers and magazines. In his television career, he has tried to shine the light in dark corners of society, on social issues he cares deeply about, or simply to give voice to the voiceless. He will introduce Food Fighter, his first feature-length documentary,