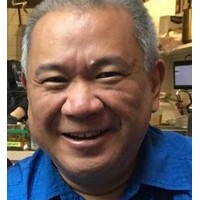 A Dartmouth College and University of Colorado School of Law graduate, Clay Fong began writing about food in 2006 by co-authoring a guide book, “The Gyro’s Journey: Affordable Ethnic Eateries along the Front Range.” That same year, he also became the dining critic for the Boulder Weekly. He was with the Weekly until 2013, when he was hired for his current position as the Dining Critic for the Boulder Daily Camera. He will moderate the discussion after First Cow.