Join us at our Boulder Fringe Festival debut at
Fellowship Hall of the Pine Street Church in
downtown Boulder for a program of powerful short films. 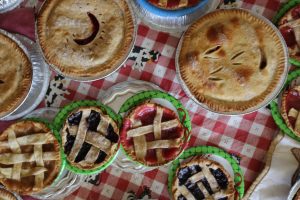 The Flatirons Food Film Festival is participating in the Boulder International Fringe Festival with a program of short documentaries by the James Beard Award-winning filmmakers The Perennial Plate.

The program will include the A Summer in Colorado series, which consists of 10 films with unique stories of Colorado’s food sustainability, culture, history and creativity. The films take place at diverse locations throughout the Centennial State and include conversations with:

For the Boulder Fringe Festival program, the Festival is screening all films in the series together along with a recent Perennial Plate film about immigrants to the United States, America: You Are My Sunshine. Part of The Perennial Plate’s Immigrant Family Dinner project, this documentary focuses on a Somali refugee family. The filmmakers rushed its release after the Supreme Court decision to uphold the administration’s travel ban on people from predominantly Muslim countries.

In addition, the 2018 Flatirons Food Film Festival preview film will screen, giving a sneak peek of our October 11-14 Festival.