This event also will be part of the City of Boulder’s Indigenous People’s Day weekend celebration.

For the film program, participants will start watching and eating together at 7pm (MDT). Those who can’t join the live presentation can access the chef’s demo, film, and recorded discussion until midnight (MDT) on Sunday, Oct. 11. (We will record the chef’s demo and panel discussion livestreams for later viewing.) Tickets are also available through Sunday.

The film program will include a preview of Gather, a documentary about a growing movement among Native Americans to reclaim their spiritual and cultural identities through obtaining sovereignty over their ancestral food systems. We will also show this film during the upcoming Festival, which will take place January 28-February 5, 2021. Films about the food cultures of indigenous and underrepresented peoples will have a strong presence at the Festival.

A panel discussion and Q&A livestream will follow Gather. The panel will include director Sanjay Rawal, film participants Sammy Gensaw of the Yurok Tribe, Twila Cassadore of the San Carlos Apache, and Jackie Francke of First Nations Development Institute. 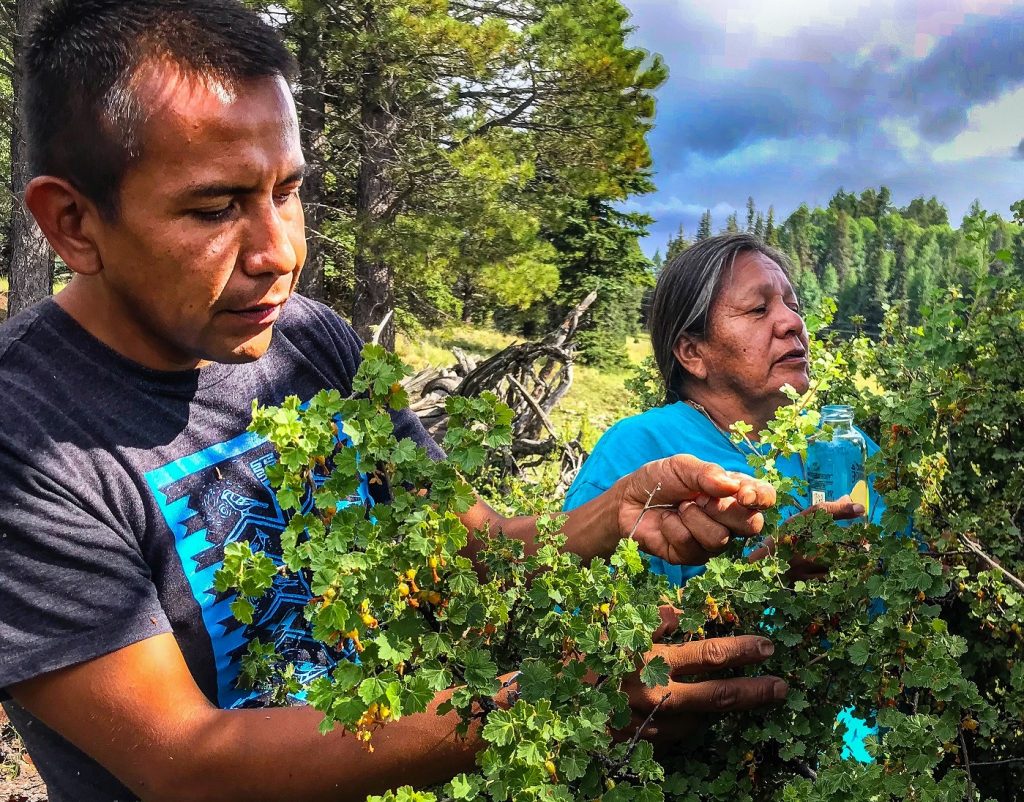 Gather follows the stories of natives on the front lines of a growing movement to reconnect with spiritual and cultural identities that were devastated by genocide:

All these stories combine to show how the reclaiming and recovery of ancient food ways is a way forward for native Americans to bring back health and vitality to their people.

Jackie Francke is vice president of programs and administration at First Nations Development Institute. She is responsible for oversight and management of all program initiatives as well as the organization’s long-term and day-to-day administrative functions.

Sammy Gensaw of the Yurok Tribe, profiled in Gather, is the leader of a group of teenage boys called “The Ancestral Guard,” who fight for their Northern Californian river and preserve their ancient practices.

Sanjay Rawal, Gather director, spent 15 years working on human rights campaigns globally. His first feature, Food Chains, was produced by Eva Longoria and Eric Schlosser with narration by Forest Whitaker. It won numerous awards and was acquired by Netflix. His work has won an assortment of honors, including a James Beard Media Award.

Twila Cassadore, profiled in Gather, is master forager, an elder and medicine woman of the San Carlos Apache tribe. Haunted by a childhood of abuse, Twila battled addiction until she discovered healing through her tribe’s ancestral ways of harvesting and foraging.Now she is on a quest to help youth, introducing them to diets and foods that are foreign to western palates.

Tocabe takeout dinners will be available for viewers to pre-order and eat while watching Gather. Viewers can pick up their dinners from the North Denver Tocabe restaurant (3536 West 44th Avenue, Denver) and the Boulder location of Savory Spice Shop (2041 Broadway, Boulder).

As part of the Osage Nation, Tocabe utilizes its American Indian roots to help educate people on indigenous culture. At Tocabe, every meal tells the story of American Indian culture through native-sourced recipes and ingredients. Tocabe is currently the only American Indian-owned and operated restaurant in Metro Denver specializing in Native American cuisine one of a handful in the US. 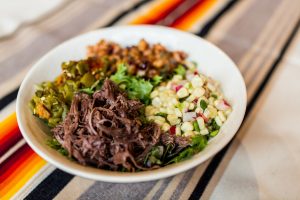 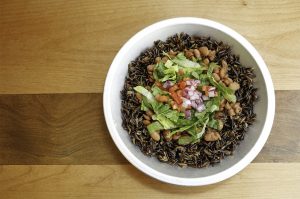 These entrées will be cooked but need to be reheated in your oven. Toppings should remain cold and tossed with vinaigrette. Tocabe will provide photos of each entrée to help with assembling each dish.

Meals will be available for pick-up on October 10th at Tocabe North Denver (3536 West 44th Avenue, Denver) starting at 12pm, or at Savory Spice-Boulder (2041 Broadway, Boulder) starting at 2pm.

We are now using Eventive Virtual Festival to present most of our events, including our January 28-February 5th Festival. Eventive provides an online experience that integrates pre-recorded and live content; you will not have to access films and Zoom manually. You can access Eventive through your computer, iPad, iPhone, and television if you have an Apple TV, Chromecast (3rd gen or later), or a smart TV enabled with AirPlay or Chromecast.  Click the FAQs button for more information on using and troubleshooting Eventive.

The FAQ enables you to test your viewing device to see if it is compatible with Eventive. We recommend that you test your device before our event. Also, the Eventive TV app on Apple TV and Eventive TV channel on Roku are not compatible with livestreams. You will have to switch to a computer to watch them if you are using them. If you need captioning, Eventive livestreams have real-time captioning.

During the event, you can access the FAQ by clicking Need Help? in the Eventive ticketing and viewing window, which will also enable you to chat with live Eventive support. You can also receive help by sending an email to: boxoffice AT flatironsfoodfilmfest.org