Part of The Perennial Plate’s “Immigrant Family Dinner” project, this documentary focuses on a Somali refugee family that was in a Kenyan refugee camp for 19 years, separated for 5 years, and reunited in America. The filmmakers rushed its release following the Supreme Court decision to uphold the administration’s travel ban on people from predominantly Muslim countries. 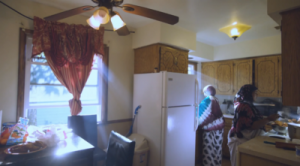